Tibet: A Country, a People, in Crisis

Left: Tibet, the Roof of the World
Picture credit : Ran

Right: Kids in the Kham (in a horse festival)
Picture credit: Antoine Taveneaux

Tibetans are frequently in the news and the stories are sometimes alarming, as with another who has set themselves on fire in protest, or being brutalized by a member of the Chinese Military.

This act is called,  Self-immolation  and since 2009 more than 125 Tibetans have died this way,  they simply have given up and see no other way of escaping the suffocating Chinese rule.

Please refer to this excellent source for the details on this:   Self-immolation protests in Tibet

Another example of the ongoing tragedies: Tibetan Man Kills Himself to Avoid Arrest in Statue Controversy

Groups protesting in support of the people of Tibet, who are hoping to help them become free of China,  have now become a common occurrence all over the world.

Petition to remove China and others from the UN Human Rights Council: Geneva Summit For Human Rights

This week President Obama welcomed the Dalai Lama to the White House, knowing quite well that he will suffer the full, unmitigated wrath of China for doing so:

Also this week,  a story of selflessness and love of a fellow-creature, as three Tibetan monks were held after saving 300 Yaks from  being slaughtered:

The Yak is to the Tibetans,  what the Bison/ Buffalo is/was to the Plains Indians in the United States.

These three Tibetan Monks bought the Yaks that were about to be slaughtered, and by doing so have put themselves in harm’s way:

One positive thing that these frequent Global news stories do, even the tragic ones,  is keep the attention of the world on the plight of the Tibetan people.

There are many around the world who understand what they suffering because of China and want to help.

China has been making the lives of Tibetans hell since their invasion and takeover in the 1959 Rebellion.

Those who were able to escape,  found  freedom in Dharamsala, India, including the Dalia Lama.

But many Tibetans do not wish to live out of their country, they want to go home and they want their Spiritual leader back in place.

As the Chinese have repeatedly demonstrated that they have absolutely no intention of leaving, the prospects for this ever happening are slim.

It is tragic that a place of such breathtaking beauty, with one of the world’ most unique people and distinctive cultures, is being held hostage and remains at the mercy of one the planet’s biggest Bullies.

China has a strangle hold on millions of people, not just those in Tibet and they show no signs of slowing down or backing off, so those in their tight grip, will continue to suffer.

A new trend in political controls is happening now across this country, some of our most prestigious schools are teaching Chinese propaganda and many students do not know what the truth is any more. Some schools are now even turning away American students, while accepting wealthy Communist ones. Please do read this, these students who are being educated here, are then going back to China,  better armed to help defeat us around the world:   Stanford University Welcomes Chinese Regime

Even if the whole world were to attempt to unite against China, which is highly unlikely, they could not break these chains, China has simply become an undeniably dominant force on the Earth.

These are several places to learn more about Tibet:

A good place to learn about Tibet’s struggles:   The History of Tibet from 1950 to present

Please visit this very informative website if you wish to learn more about Tibet:  Free Tibet

A timeline in the tumultuous History of Tibet:   Tibet’s History

A look at Tibetan Culture, the places and faces of Tibet 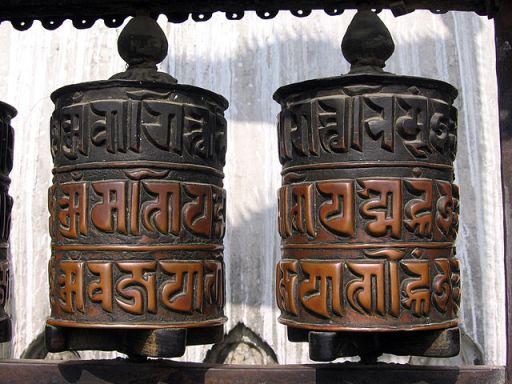 The Monks and their daily lives 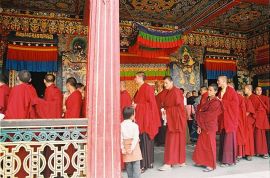 The lives that the Monks lead are called the patimokkha.

My own nature garden
StevenJamesHumphreys.Com

on the road with Animalcouriers

pet transport through Europe and beyond