For many Indigenous People in the Americas, this triad is called the Three Sisters:

Corn, or Maize, Beans and Squash.

Although this food trinity has a variety of names among Native People, these three staples remain the heart of

An interesting fact about this Food Trio is that they are all interdependent on one another.

Beans grow up the Corn stalks and add the nutrients (Nitrogen) to the soil that the others need to grow.

Squash is planted in between them to keep weeds out.

All three of these foods originally came from the Indigenous People of Mexico, Central and South America,

then slowly made their way North to our Native People.

A press release announcing recent winners from the Kellogg Foundation:

A new page about what makes us who we are:

American Natives were reasonably healthy before the European Invasions.

They lived on the land and in some areas cultivated rich soils and grew crops.

For the Bison hunting Nations that were always on the move, their diets were mixtures of the meat that they

hunted and the plants, berries and fruits that were found everywhere that they went.

This country was a bountiful place hundreds of years ago and Native people survived quite nicely.

After the Invasions, everything changed and none of it was good for Natives.

Those who were sent to Reservations starved many times.

Food meant for them often ended up in the hands of unscrupulous agents, who dispersed the supplies to

themselves, their families and friends.

Or just outright sold it for profit.

The Native people in the East were the first to be affected by the European outsiders and their gluttony.

The vast natural and developed Native food supplies were quickly devoured by the new people.

Although saved from starvation by the generosity of Natives, these greedy ones were convinced that this

wondrous new land was theirs to take and use as they pleased, calling it their Manifest Destiny.

When the food supplies in the East began running out, the invaders started moving West.

All across the country, the long Wagon Trains of Pioneers wiped out the natural food sources along the way.

As for farming among Native Nations, it became quite difficult to grow or hunt just ahead of oncoming settlers or

In the Great Plains, the Natives who refused to go to Reservations were a little better off, for a while.

But, once the Railroads were in place and Buffalo Bill Cody and others killed off nearly the entire Bison

population, there was little food left for the Plains People.

Until the land and Gold Rushes of the 1800’s, most Native People in the far West and Northwest still had adequate natural food sources.

My People, the Shawnee, were considered very good farmers.

When they arrived at the Reservation in Kansas, the Governor remarked that the Shawnee were the best

farmers that he had ever seen.

What he didn’t know was that before they were shipped off to Kansas, the Shawnee from the Ohio Valley area

Today, American Natives need only travel to their nearest grocery store to find an abundance of food.

Many Natives do still grow some of their own food, raising geographically relevant crops that help to

sustain their people through the hard times.

Corn, beans and squash are still grown by many Nations, however, very few Native people are successful

commercial farmers as they lack the investment capital to get started.

**Your responses to this statement are quite encouraging,

but please do contact the Tribal Nations directly if you

Southwestern Nations, like the Navajo and Hopis use the Ancient irrigation methods of their

Ancestors to grow a colorful collection of corn.

These Natives harvest cactus, plant vegetables and chilies and raise sheep which are rarely eaten, but provide

the abundance of wool used for their beautiful woven rugs.

Historically, California Natives were unlike most others, they did not grow much of anything to eat, they didn’t

have to, it was already there, all they had to do was take it.

The insulting title of “diggers” was given to these Natives, by outsiders who observed them frequently digging

The state was rich in nutritious wild roots, bulbs and insects and thousands of California Natives lived very well

on the multitude of fruits, Wild Game, Nuts, Roots and Berries.

Today, with little good land left to raise crops, many Tribes have built Casinos instead to help support their

Several Southern Nations like the Seminoles of Florida, and the Mississippi Band of Choctaws, have Casinos,

raise Cattle and grow a variety of food crops.

and also to sell.

Natives in Northern Plains States, like North and South Dakota, Idaho and Montana are raising cattle, while

Corn, Maple Syrup and wonderful varieties of Apples, Pears, Grapes, Berries, including an abundance of

Many Tribes also grow tobacco and cotton, but as they are not food, they were not counted among the Native

If you are an American Native or Nation with a food business,

please send me your information to be listed on this page:

The Ojibwa people of Red Lake Minnesota who not only grow wild rice, but now ship it all over the world.

Disclaimer * tahtonka.com has no personal knowledge nor connection to any of these businesses.*

A Pyramid of American Native foods.

How the Plains People provided food for themselves.

The Luxton Museum of the Plains People 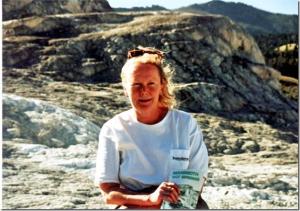 My favorite place on Earth, Yellowstone and the Tetons.

This is a quite personal Blog concerning my passion for the world’s people and places, or to be more accurately defined, Global Culture.

My education was in Anthropology and much of what you will find here shall be conversations regarding the relevant past, present or future of Cultural Issues and News from around our Globe.

For those who may not be familiar with the word tahtonka, it is Lakota for Buffalo or Bison.

The first time that I heard the word, was when it was used in the movie Dances with Wolves, then a few years later, I studied the Lakota people at CSUN.

But the word did not truly reach its full meaning until seeing first hand, the ancestral importance it held for the Lakota people in South Dakota.

For hundreds of years, before the invasion of their homelands, the Buffalo/Bison had been the central part of their Culture.

They depended on it in every aspect of their lives and when it was taken from them by the invaders and our own US Government, they were lost.

Then being forced onto Reservations was the final insult to a once vital and vibrant people, who became only a shadowy reflection of what they had once been.

In 1990, I embarked on my first real journey alone,  driving from just outside of Los Angeles to the Pine Ridge Reservation in South Dakota.

I got absolutely no moral support in this adventure from my instructors at school, nor from any of my family.

They were all united in their complete and total opposition to this “dangerous journey”  for a woman to be taking all alone!

But it was something that I felt compelled to do.

Lectures, books and movies can only educate and define just so much, they do not tell you the true story.

I needed to see for myself about what I had studied.

It turned out to be a revelation that I was not fully prepared for at the time.

The conditions at Pine Ridge were often referred to as what is commonly called, Third World  and as it turned out, this was not to be an exaggeration.

Until you experience an Indian Reservation personally, you could not accurately comprehend the living conditions that Native People there must endure daily.

So, now with a bit of background of what I am about,  this begins a new form of exploration for me, writing a Blog about Global Culture.

As this Blog will not be about topics that are normally given great media or public attention, I do not anticipate many likes, hits or followers, however, I will be quite to content just to put it out there and occasionally receive some sort of feedback from those happen upon it.

It is my hope, that you may find this Blog dedicated to Global Culture, a worthy, educational, experience~

My own nature garden
Poetry by Steven Humphreys