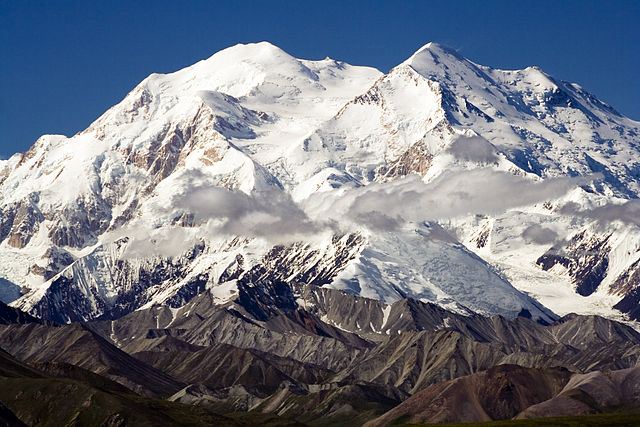 President Obama will be in Alaska today for an Arctic Global Climate Summit.

He is the first US President to visit the Arctic while still in office.

His primary objective is likely to shore up support for climate change programs.

But another more important reason is about a majestic mountain called McKinley.

Today it will officially become Denali and for many Alaskans, it is about time.

You see, the locals have already been calling it Denali since the 1970’s.

The bitter battle over this name change has been going on for many years, those who live in Ohio where President McKinley, for whom the mountain was originally named is from, do not want it changed, but the Alaskan Natives do and today, they will get their way!

Denali is the highest peak in the United States at just over 20,000 feet.

This name change is very personal for the thousands of Indigenous, or Native Alaskans, as it is their name for the mountain in their Native tongue and it means ” the Great One. “

A separate, but equally important ongoing issue here, is that many of the Indigenous or Native Alaskans in this area, are being forced out of their homes on Kivalina Island, due to recent climate change, namely glacial melting and rising seas.

These Native Alaskans have been desperately trying to save not only the land that they live on, but their Ancestral way of life as well.

Over the years, they have been severely impacted by the Global Warming that has decimated their hunting and fishing abilities.
It has also affected many wildlife species that have either completely disappeared, or been reduced beyond recovery and the situation is alarming to all.

Their culture is just about all that they have left right now and they are determined to protect it.

Global Warming, accompanied by the resultant glacial melting and rising seas, have caused them much pain and grief and given them much to fear for the future.

These people are not at all happy about the way that their Alaska is changing.

Sinking into the Sea

Impacts of global warming in Alaska

My own nature garden
poetry by Steven Humphreys