RSS
← Will You Honor Your Mother Tonight?
April is for Pow Wow’s → 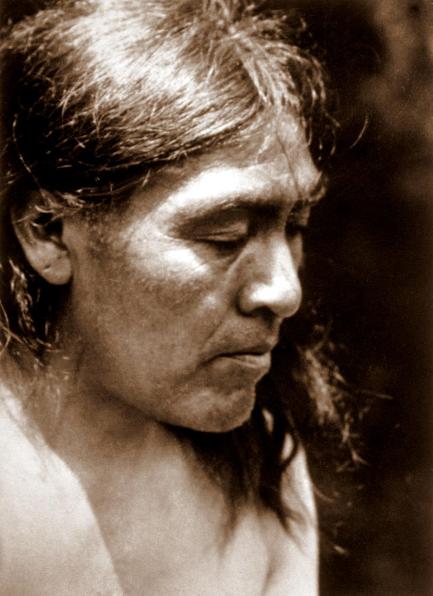 Ishi, the last of his kind, the last Yahi.
All pictures are public domain

Many years ago, while going through a stack of newspapers that had been held for us while we had been away, I came across this story which was personally very close to my heart:

” Last of the Yahi Indians is finally coming home for proper burial”   by Michelle Locke.

It was a brief story about the man called Ishi, his life and death and his final return to California.

This latest chapter in the story of Ishi, touched me nearly as deeply as had the book and the movie about this remarkable man.

The movie, The Last of his Tribe, with Graham Greene as Ishi and Jon Voight as Professor Kroeber is quite compelling.

I highly recommend it and all of the books associated with Ishi’s  life.

Be prepared to learn the unpleasant facts about the treatment of our first people in this country. 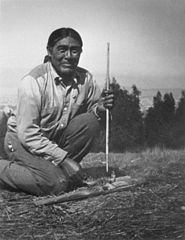 Ishi’s voice was  recorded on wax cylinders   by Professor Kroeber

and can be heard at the Museum of Natural History in Santa Barbara.

If you are ever near this area, the chance to hear this recording will make your visit unforgettable.

Even though it is quite old and not modern technology, Ishi’s heart and soul come through loud and clear. 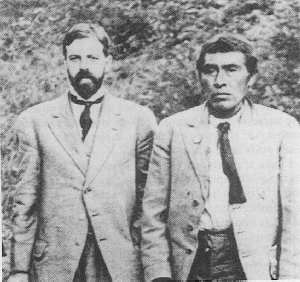 Ishi  was to many of us, a last, sad look at the kind of men who had once inhabited this country freely;

a proud, defiant man whose life was tragically changed by those who came to steal his land in search of gold.

When Ishi wandered out of the woods in 1911 in search of food, he was captured by ones who would take him to Alfred Kroeber, the Professor of Anthropology at UC Berkeley in California.

This historical meeting and the events that followed, would change both of their lives forever. 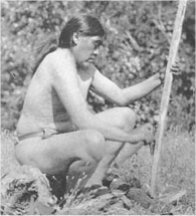 You may learn more about Ishi at these Berkeley web sites:

Introduction to the man called Ishi

The Yana and the Yahi

Ishi before the Museum

Ishi at the Musuem

The brief time that these two men spent together, before Ishi’s untimely death, presumably due to consumption, or as we now know it, tuberculosis, would leave a legacy for those who would study California Natives and Anthropology to study and decipher for many years to come.

Sadly, after his death in 1916, Ishi was subjected to an autopsy, an act that he reviled due to his spiritual beliefs and had made quite clear to those around him, that he never wanted performed on him.

However, in the absence of his friend and mentor, Professor Kroeber, the hideous autopsy was performed  and Ishi’s brain was removed and sent away.

After many years and much searching, Ishi’s brain was recently discovered in a jar in the Smithsonian, where many other American Native remains are kept as well.

Their defense for this abhorrent, massive bone and tissue collection, was to assure a representative warehouse from a wide variety of species of animals?

Now, Ishi’s brain has made the long trip back to Northern California, where it will be buried in  a secret place, along with his cremated remains.

At last Ishi has come home and hopefully will be allowed to walk in peace once again with his family and ancestors, unmolested by curious outsiders.

The final meaning and full worth of this man’s life and tragic death will be left for the ages to determine.

← Will You Honor Your Mother Tonight?
April is for Pow Wow’s →

33 responses to “Ishi, the last Yahi”

My own nature garden
Poetry Reader

We’re just inviting you to take a timeout into the rhythmic ambiance, our breakfast, brunch and our coffee selections.